Yes! It's December 25, 2012 and we're spending our Christmas in a very leisurely way with new friends for dinner at Christine & Wayne's. At least our commute is very easy - just open the door between our place and theirs!! LOL

I've made the deviled eggs and salami/cream cheese/olive rolls and they've been chillin in the frig since yesterday. All of our Christmas Skype calls have been made and we're just deciding we'd better eat something cause I know I sure won't make it to 2pm without something in my tummy! Mike's also making his now infamous fruit smoothies! Yummy!!!

Last Friday, I went to yoga and it was great, as always! Afterwards, we went with friends to meet their friends, Steph and Fanny, expats from Quebec along with their lovely 2 teenage children. We sat and visited and imbibed with a few along the course of the evening as we sat on their front porch and traded stories. Fabulous!

When we got back, we made dinner and I was ready to just veg. Mike on the other hand was still rarin to go so he went up to Smiley's and played 2 sets with the band as their congo player. It's become quite the ritual for him and he's having a blast!! Gaining confidence and stronger hands is making his playing a real contribution to the band. Love it!!

Saturday was a really lazy day! One of recuperation, nail polish change, cooking dinner, watch a little TV. Need a day like this every once in awhile even when you're in paradise. 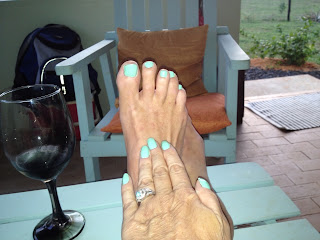 Sunday was quite full with watching football up at Smiley's with lots of friends, having dinner of fabulous lip smacking BBQ ribs and mashed potatoes! I was in seventh heaven!!

But what we were all waiting for was the BIG Christmas Parade that gathered outside of Smiley's and was supposed to start somewhere between 6 - 7pm. BUT as I've said many times before....this is Panama and it'll start when it's good and ready!!  So we walked up to the main square to see the activity up their and met many more expats who were enjoying the festivities. Wow, it was a great event to watch!!  Being able to share a real local tradition with the locals and seeing their happy, shining faces is what this journey is all about! 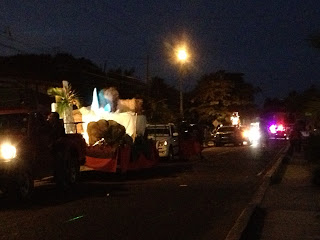 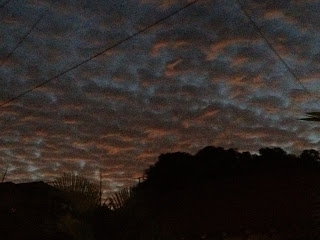 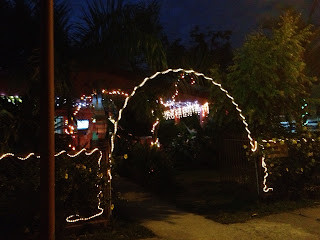 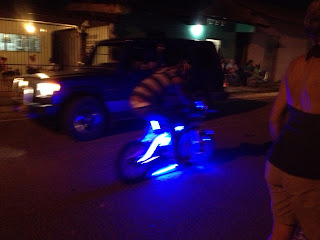 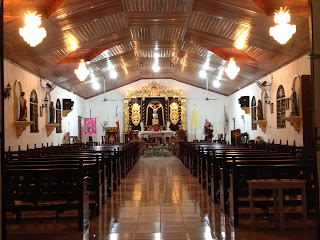 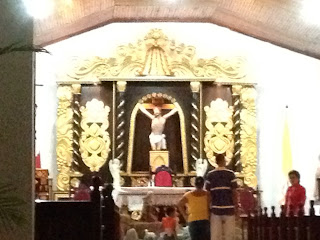 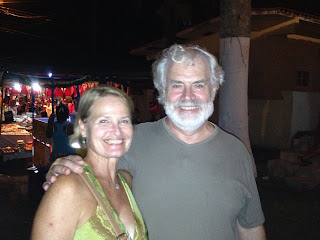 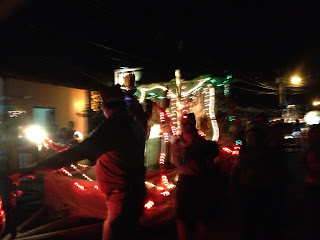 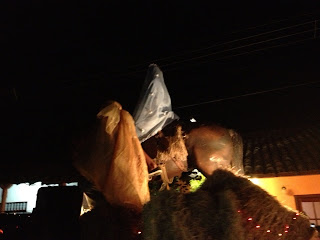 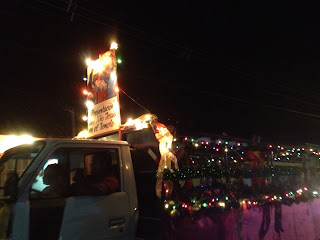 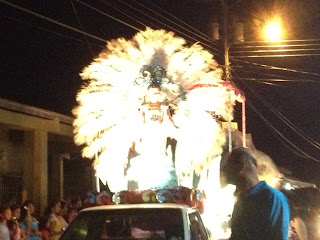 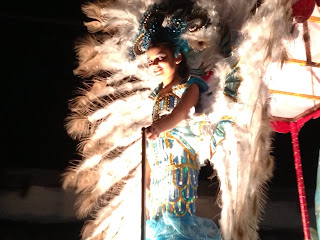 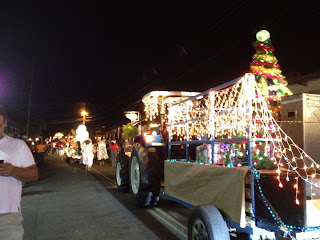 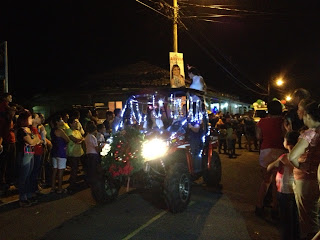 Yesterday I spent the day preparing food for the Christmas dinner while Mike helped Wayne set up their new pool in the backyard.  They plan on putting in a real pool but this suffices for the interim!! Once filled (after the well went dry - oops!!), we all climbed in and had afternoon drinks. It was quite refreshing and a good time was had!! 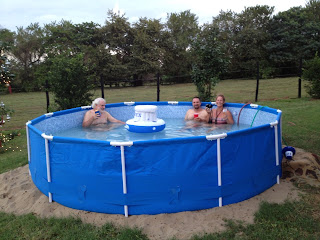 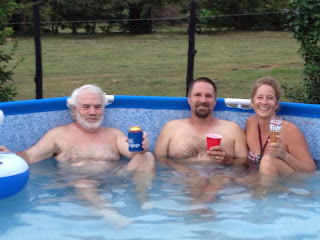 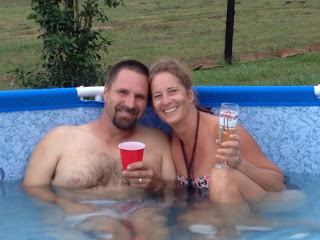 We were woken up last night at midnight by the fireworks. Evidently, at midnight, theirs quite a display since this marks the true beginning of Christmas. And, the tradition here is to open all gifts at midnight so everyone's up anyway.  Except us.... Oh wait! We were up because they woke us up!! LOL

Anyway, MERRY CHRISTMAS to all!!! Music is playing, Mike is studying Spanish, I'm updating the blog while we both partake in the smoothie.

Life's damn good!!!
Posted by Tricia Lyman at 10:53 AM
Email ThisBlogThis!Share to TwitterShare to FacebookShare to Pinterest
Labels: Panama