Driving north out of Phoenix you begin to get messmerized by the scenery, rocks, RED rocks, and the beauty that gets more stunning as the miles go by!! 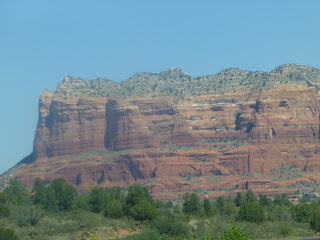 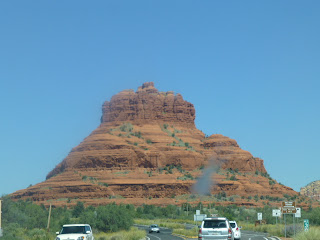 We decided to take a detour through Sedona and have lunch on the patio overlooking the RED rocks. Sedona is near and dear to our hearts as we have a timeshare here and this is where my brother, Curt and his wife, Linda, got married 6 years ago by a Shaman in the park with Cathedral Rock behind them. Mike and I were the their only guests and witnesses. What an honor that was!

We continued our drive north through Oak Creek Canyon, which is always a treat. Once past the turnoff for the South Rim of the Grand Canyon, we were in new territory for both of us.  It wasn't disappointing!!

We stopped at Navaho Bridge and got quite a spectacular treat - a Condor spreading his full wing span to soak up the sun!! It was marked as #54 and we just watched in awe!! Last night I posted his picture and sighting on the Condor facebook page. Every one that is released back into the wild is tagged for tracking. 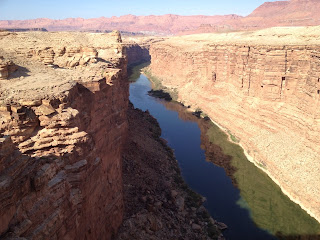 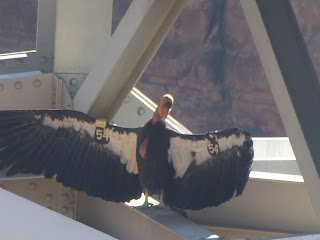 Our home for the night turned out to be quite historical - maybe a bit hysterical, as well!! The Grand Canyon Motel was originally built in 1880 and Teddy Roosevelt had stayed there in 1906. The place has been rode hard but the sheets were clean and we slept well. Wouldn't recommend it to anyone but for $39/night it was doable. 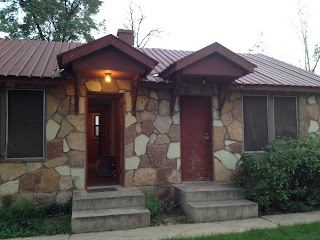 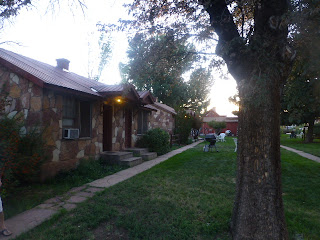 Today we headed straight for the North Rim of the Grand Canyon. Having been to the southern rim several times, we were wondering how could the scenery be topped. Oh contrar!!! Were we certainly and happily mistaken!

Each and every stop along the rim was more breathtaking and stunning than anything we had ever seen!! In fact, we were both in tears with the beauty that unfolded in front of us. Yup, we're saps but proud of it!!  You be the judge and these are only pictures. Nothing we could capture in pictures would come close to how it feels being there and "feeling" the beauty!! 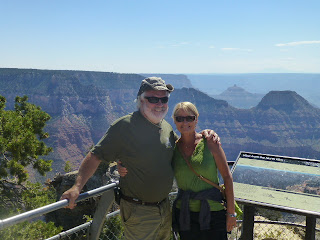 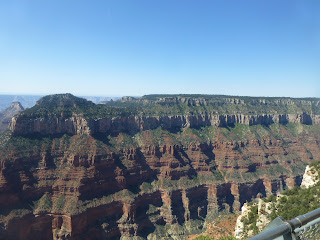 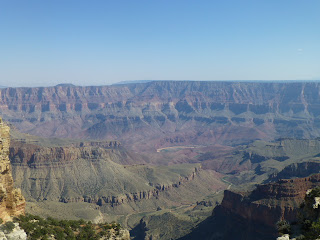 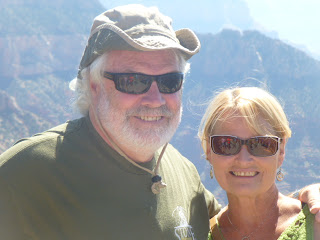 Our evening ended with dinner at a great find right next to our hotel - The Rocking V Cafe.  We only had an appetizer each so that we could leave room for the Chocolate Lava Cake with ice cream. Boy were we smart - yummm!! So much so that we've made reservations for tomorrow night!! 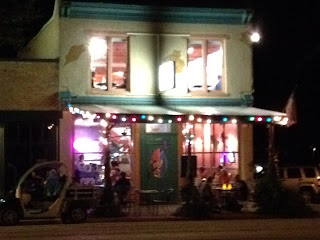 Tomorrow will find us exploring and enjoying the beauty of Zion National Park. Will let you know how it measures up to today.

Posted by Tricia Lyman at 11:39 PM
Email ThisBlogThis!Share to TwitterShare to FacebookShare to Pinterest