On The Road Again!


On Thursday, September 14th our last day in Carlsbad, we tidied up the place with the hope that when we left, they wouldn’t have known we were ever there.
With Bear in tow, off we went to say our last “see ya’s” to Uncle Donald, Alex and Linda before heading to San Diego for our last dinner out and picking up our hosts, David & Janet, at the airport from their trip.  Everything went like clockwork and before you knew it we were all back at the house having a chat and sharing wine.  David & Janet had glazed eyes and I couldn’t believe they could even participate in any type of coherent conversation! 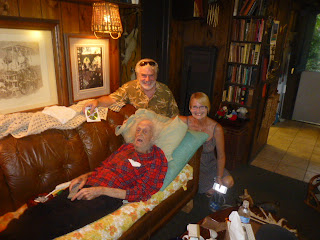 By 9:15 am the next morning, we were on the road again. Tucson/Rio Rico here we come! We took the southern route and drove through not much but miles and miles of sand, rocks, and flat flat flat ground!  And, nothing better to do than take pictures of the highway with tar repairs because we thought it was pretty "artsy". We both remember when the "old" highways all looked like this!!! 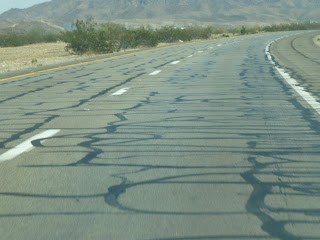 We arrived at our friends, Donna & Jeff Tousley’s home in Rio Rico, about 6 pm on Friday, September 15th, and were greeted with lots of big hugs.  It’s been 4 years since we’ve seen each other and it was fabulous!! 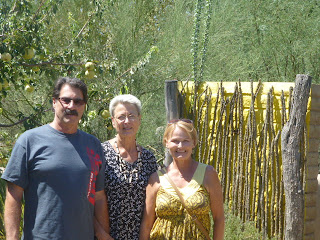 They had just been in Cuenca, Ecuador for the month of August doing their own fact finding trip so it was immensely interesting to be able to ask question after question about their process and to compare notes of what our understanding of the process was to theirs. They are putting their home on the market in the next couple of weeks and as soon as they’ve sold, off they go!  Our plan is that it’ll all work out for them and we’ll catch up with them in Ecuador next year when we plan on being there for our fact finding trip.  I just LOVE this journey!!


After a beautiful day spent exploring a beautiful garden in Tucson, lunch in the Bistro, and a fabulous evening just talking about our adventure, we were back on the road headed to Deming, NM to visit Mike’s cousin, Walt and his wonderful wife Carol.


Our drive took us through Tombstone, where Mike’s Great Great Uncle Schiefflin was the reason for the town coming into existence as he is the one to discover the silver in them thar hills!!!  After strolling down the original wood walk ways, taking a trolley ride, lunch in Big Nose Kate’s Saloon, we drove out to the final resting place and monument of Ed Schiefflin. When we got there, there was a lady who had lived in Tombstone when she was a girl.  She was traveling and revisiting her ancestry route.  She was so excited to know that Mike was related to Schiefflin that she wanted pictures of us for her journal.  We became instantaneous celebrities!! 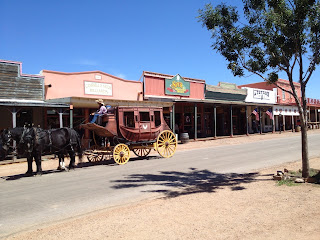 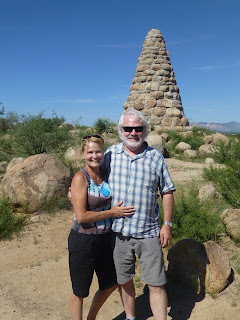 We continued on to Bisbee, AZ, which is a copper mining town. Wow!! What a neat bohemian town it’s become!!  We could have spent many more hours there but after traversing the narrow one way streets to do our sightseeing, we headed on toward Deming using the back roads where we happened upon where Geronimo surrendered.  Really neat discovering all of this wonderful history!
We arrived in Deming in time for a late evening dinner and many more hugs and kisses!! So absolutely fabulous!!

Monday, September 17, 2012, we walked over the border into Mexico and had a fabulous lunch! Amazing that we just walked across the border and no one checked us out!!! Incredible!! Had a terrific lunch, shopped a little, and just meandered around. Fun, fun, fun!! 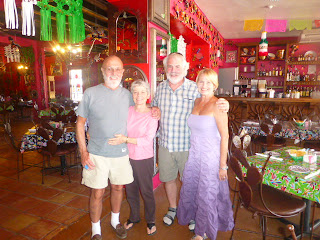 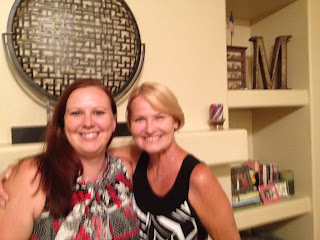 Posted by Tricia Lyman at 12:45 AM
Email ThisBlogThis!Share to TwitterShare to FacebookShare to Pinterest