It's incredible to believe that we've actually been on the road for 2 whole months!! Looking back it's hard to believe we really did it!

After spending the night in Cortez, CO and having a terrific dinner and FREE drinks (thanks to our Super 8 stay!!) at the local Main Street Brewery, we headed to Mesa Verde National Park. That made it 9 National Parks on this journey so far with 7 in just the last 8 days.

Well, again, it certainly didn't disappoint!! The climb to get to the top of the Mesa, which isn't really a true mesa (another story, another time), was steep and winding. Good thing we were completely awake and rested while doing it! 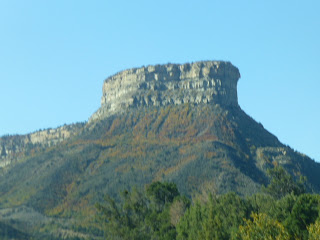 We headed straight to the Visitor's Center to get tickets for the Cliff Palace tour before they were all sold out. Just as we got there we saw a helicopter landing and flashing lights on an emergency vehicle. As suspected, there had been an accident. It wasn't until we came upon the actual site, did we see a motorcycle on the side in a bunched up mess. Rumor had it that an animal had run in front of it, which made total sense since it was a straight away with great visibility. Always have to be careful out there!!!!! 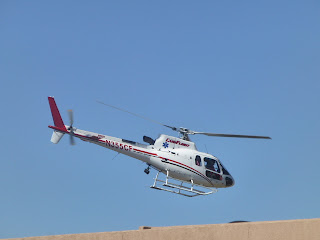 The sights from above this humongous mesa are endless and beautiful!  But, it was very hard to believe that anyone could farm it as it's some of the most unforgiving land. 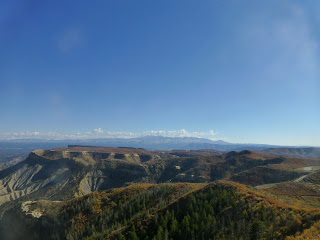 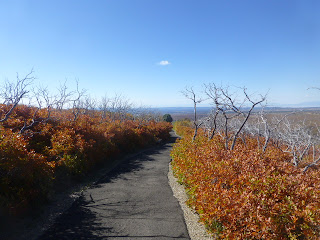 We met up with our group and after a brief talk by our national park guide, off we went descending 32 hand carved stairs out of the rock, a walk around huge boulders and then a climb up a 10' ladder to the ancient site that was built in 1200-1300 AD. Amazement was all we felt when we arrived to be able to truly lay our own eyes upon this marvel! To get out, we climbed up 3 12' ladders. And, we think we've got it hard!  Ha Ha!!!!!! Can you imagine having to climb in and out of this place with only very carefully placed toe and hand holes carved into the stone??!!! 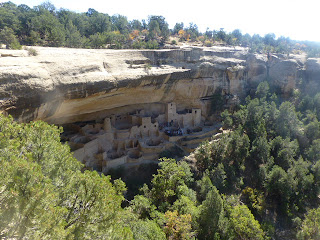 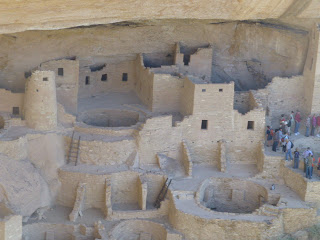 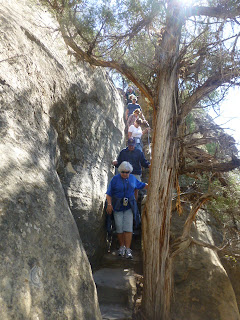 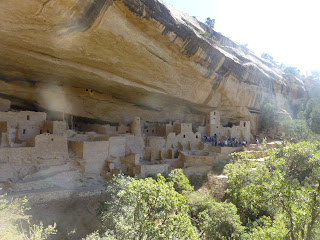 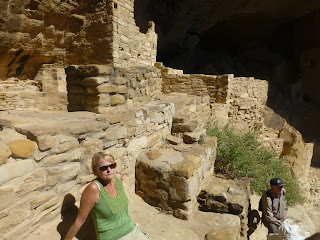 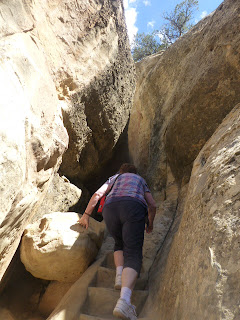 The rest of the day was spent looking at found Pit & Kiva houses that have been discovered all along the mesa. 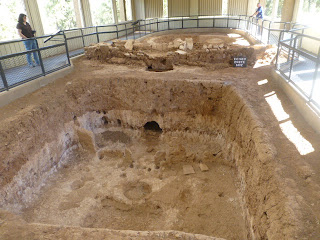 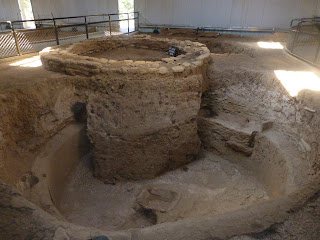 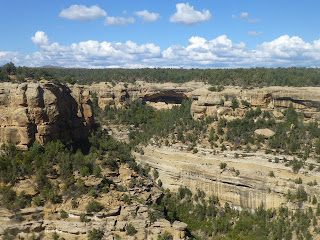 Our day ended by finding another wonderful local micro brewery in Durango, CO and tasting its wares!!  No disappointment AGAIN!!!

On Friday, off we went to Santa Fe, NM.  What a delightful place to hang out!  It was actually quite nice to have a real change of pace. Seeing all the sites of the parks was magnificent but even good things need a break once in a while!  Santa Fe was just the ticket!! 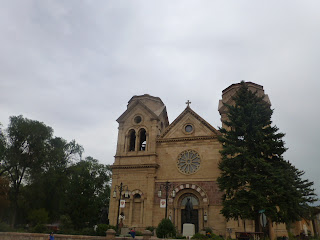 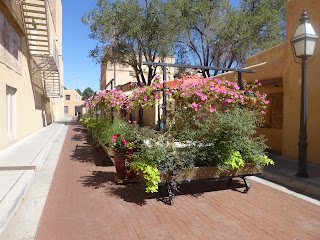 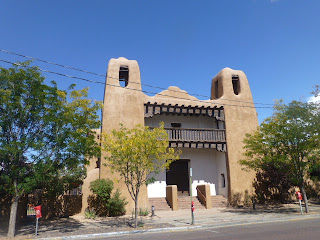 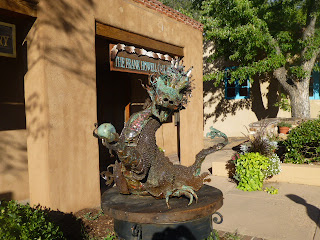 After a day a half of walking all over Santa Fe and enjoying its art, sounds and smells, we decided not to go to Taos but to head out early Sunday morning and bee line it to southern MO where my brother, Curt and his wife, Linda live.  They will be our host until Saturday and we are truly honored that they would have us intrude on their lives that long.

Yesterday I got the tour of the local area where Linda grew up (Webb City) and of Joplin where the tornadoe tore its swath of destruction. Amazing but it was heart warming to see all of the new construction and healing that is taking place!! Mike got to see it a month after the total destruction last year when he was working in the south.

A hearty 3 mile walk with Linda through the neighborhood in the afternoon kept us in the "fit" mode that we've been trying to follow.  Of course, since we've been doing allot of walking and hiking in high elevations it sort of took care of itself.

Linda hosted a "family" get together last night with wonderful home cooking!!  It was great to finally meet some of her family that she talks about so often.  THANK YOU!!  On top of that, Linda surprised 3 of us with a birthday cake and cards with scratch lotto tickets.  Linda's cousin, Paula's birthday is on the 13th, Curt's is on the 12th, and mine is on the 9th of October.

It really feels good to just kick back and do some "clean up" of the car today - well, actually Mike is - and catch up on the blog and putter around with no real "mission" for the day.  So the sun is shining and it's going to be in the high 70s, maybe I should go enjoy it!!
Posted by Tricia Lyman at 12:22 PM
Email ThisBlogThis!Share to TwitterShare to FacebookShare to Pinterest