A very special day for me - my Birthday!! Can't believe it, only one more year until I begin drawing Social Security!! Actually, that's a very good thing as it 's necessary to have "guaranteed" income of a certain level in order to be able to qualify for a permanent resident visa in all of the countries we are considering. Only pensions and SS count, so even though we would qualify today with our sources of income based on income level, it's not "guaranteed" so we couldn't do it.

The remaining time we spent in Carl Junction, MO with my brother, Curt, and his wife (my goodest friend!), Linda, was soooo relaxing and spent truly catching up.  Linda and I even spent most of a day doing geneology of my family.  I was actually even able to find and trace our roots back to 959AD!!! We hale from the Walker/Peniston marriage in 1812 in Bermuda but our roots go back to England from the Peniston side. Apparently, we were part of the noble class as there are a lot of "Sir"s before most of the names. One relative was a governor of Bermuda and in the shipping industry. They then went off to Barbados and continued the legacy there along with some coming to the US. 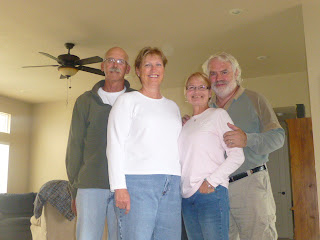 Kind of really cool!!! I'm excited about trying to find out more about the "Walker" line.  Lind and I can feel a trip to Bermuda coming on and then maybe Barbados!!!!!

During the week, Mike was able to convince Curt that he was truly wanting to do some manual labor for free!  Yes, there were two projects that were accomplished in fairly short order.  Their fence that got whacked by the neighbor's trampoline in a wind storm got a new post reset in concrete and on Friday they rescued a granite golf hole marker that had allot of meaning to them. It must have weighed almost 500 lbs with the old concrete base. They broke off that concrete before placing the 5' marker into its final resting place next to their patio. 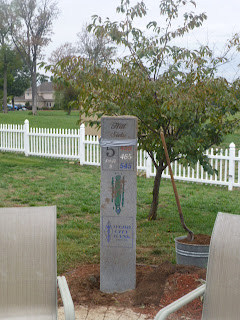 Please excuse the photo with the duck tape and brace. It came off and everything put back and it looks great!!

The week ended with a surprise birthday party for Linda's cousin who turned 50. We met even more of Linda's relatives and had a great time!!  A really GREAT week!

Off we went on Saturday morning and headed for Centralia, IL where Mike has a shirt tail relative, Greg Alexander.  I developed a nasty headache and didn't make it to Greg's Saturday evening.  The guys had a great visit though and that was good. 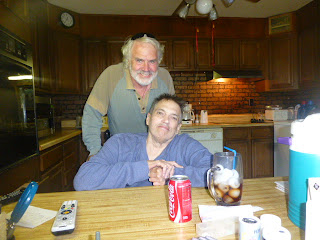 On Sunday before hitting the road to continue our trek north to Chicago, we stopped by so that I could see Greg and give him my love.

We arrived in front of our Chicago host's home in the south loop of downtown Chicago after the roads were opened up due to the Chicago Marathon that was run right around the corner from them on Michigan Avenue.  Disembarking out of the car in a city is quite different from pulling up to a suburban home or a hotel.

They are so gracious to open up their new home to us for the week!! We're actually their first guests since they moved in in August.  A beautiful home overlooking a neat Chicago skyline. 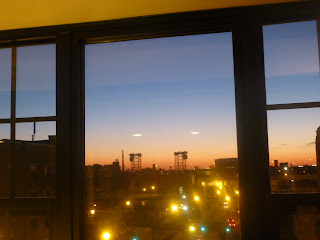 Yesterday was spent with Mike's sister, Laura, who had the day off from teaching due to Columbus Day holiday.  We tooled around Lake Forest and Lake Bluff, which is where Mike and Laura grew up.  I had also found out that my grandparents lived in Lake Forest when my dad was born.  Unfortunately, we didn't find their home. 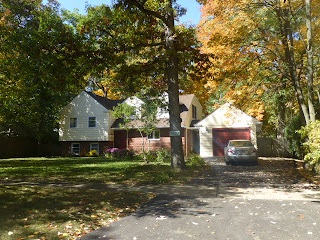 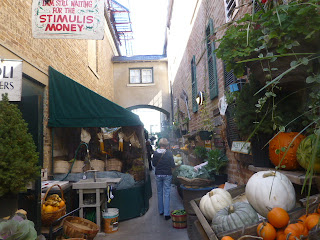 We did a little shopping, visited with a good friend of Mike's mother's, and then Laura cooked a terrific meal for us that we shared with her beautiful daughter's, Lizzie and Calli, plus her boyfriend, Elliott.  We had not spent time with the girls in 12 years and now they're beautiful adults!!!  A fabulous evening!!  Except we took NO pictures!!  How did that happen???!!!!

This day will unfold and I think there are some plans to have dinner at a neighborhood tavern. Sounds like bliss to me!!!
Posted by Tricia Lyman at 1:07 PM
Email ThisBlogThis!Share to TwitterShare to FacebookShare to Pinterest