Where has the time gone already!!  Amazing.  Thought I'd start to feel home sick but I don't.  We're having a blast seeing so many places that we've talked about seeing for years. And, there are so many more to come!

Today we started a bit slow just taking our time trying to decide in what direction we'd head in first.  After packing up since we got a room at the hotel next to this one, we went back to Cannary Row and had breakfast in a diner on the "strip".  Then off we went to the aquarium!!

What a fantastic day exploring all there was to see!  This aquarium has the dubious honor of being one of the best in the country and it truly lived up to that billing!!  We spent almost 5 hours going from exhibit to exhibit and marveling in the beauty of the ocean's wonders.  The only way to share is with pictures, so please enjoy! 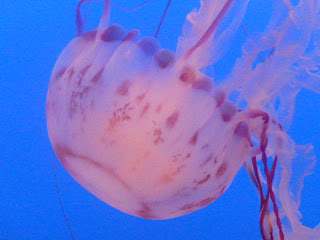 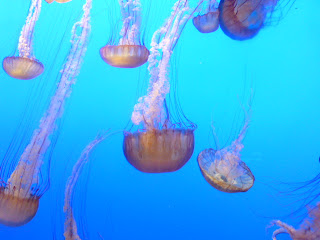 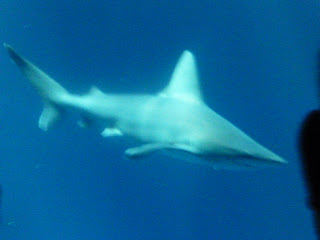 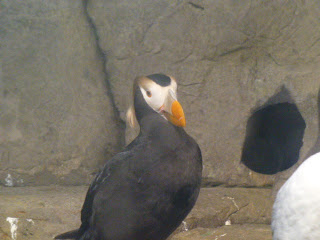 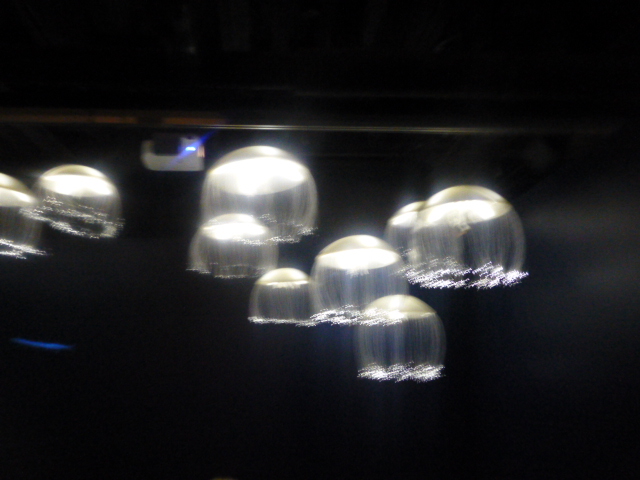 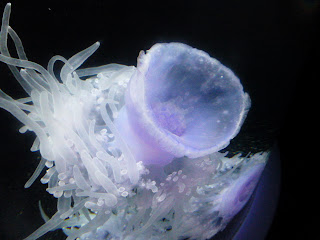 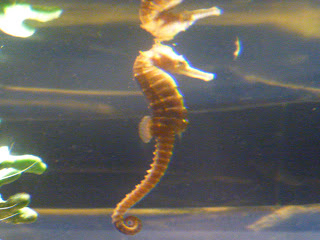 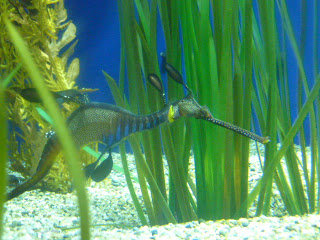 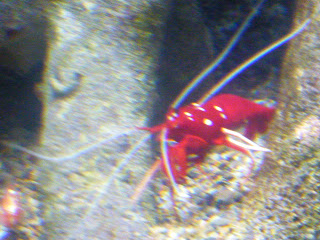 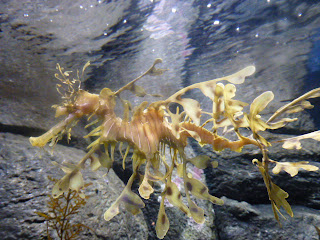 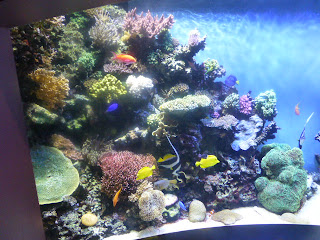 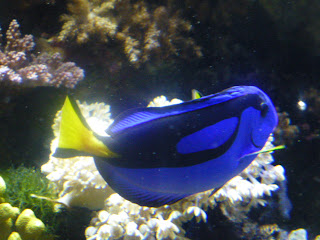 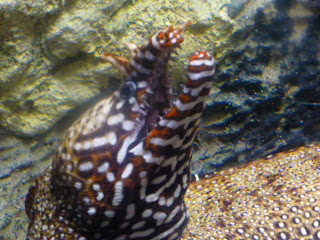 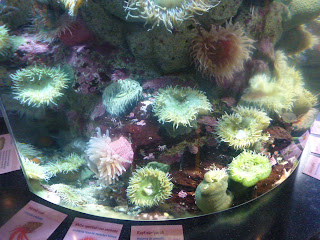 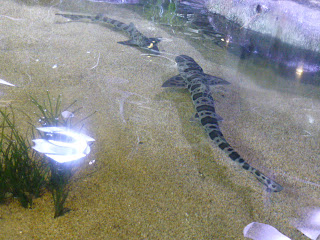 After the joy of seeing all of these wonderous beings, we stopped for a drink and pork sliders at the local brewery and sat by the firepit on the patio.

It was then time to make the drive along the coast to Carmel by the Sea.  The drive is called the 17 Mile Drive and you actually have to pay $9.95 (?? go figure ??) to enjoy this portion of the coast.  It includes beautiful beaches and homes but most of all many golf courses with challenging holes - Spyglass & Pebble Beach being only two of them.

We arrived in Carmel with time to enjoy some window shopping and then found a quaint bistro call La Bicyclette.  Mike had pizza and I had a glass of wine - the slider didn't leave any room for anything else.  But the coup de gras was the Chocolate Mouse for two that we ordered for dessert!! OMG, was it excruciatingly awesome!!

Today we continued south along Highway 1 with many stops along the way to enjoy the beauty of the coast. We had lots of fog early in the day and then a mixture of both fog & sun, then total sun with beautiful puffy clouds. 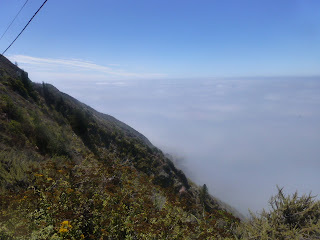 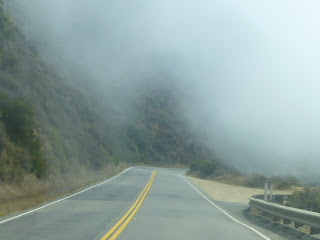 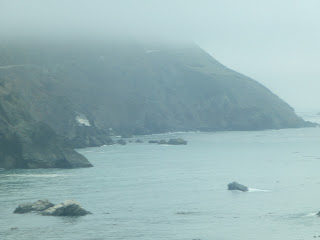 A stop in Big Sur for lunch proved to be a great choice at the local bakery/restaurant. Even did a little shopping at an eclectic shop. Quite the Bohemian spot that was right up our alley!!

Our next stop was at the Hearst Castle and it will be an excursion we will not quickly forget!! Beautiful, stunning, jaw dropping, spectacular, etc, etc, doesn't even come close to how breathtaking it was!! 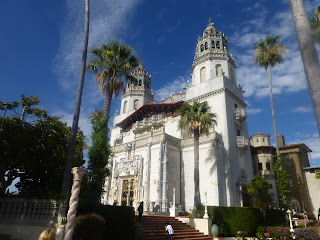 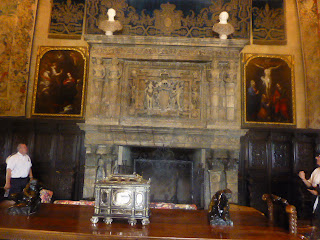 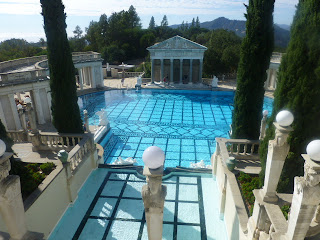 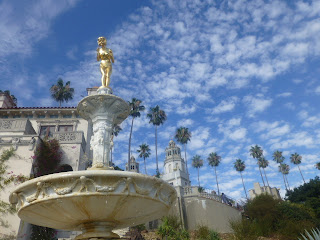 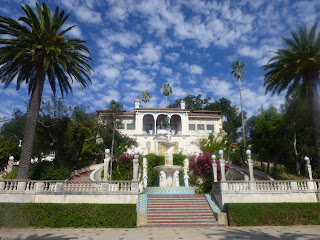 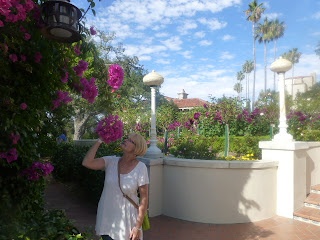 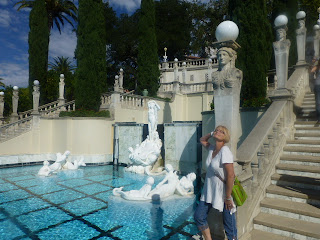 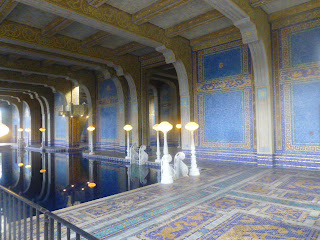 We ended the day at the icon SLO Brewery in San Luis Obisbo. Mike's uncle was actually an original investor in this very successful venture.  The place was hopping and it's only Tuesday evening!  Our timing is off a bit as Jeff Bridges will be here on the 23rd to play with his band.  We felt a bit better since both of his shows are already sold out.

Tomorrow we're off to Santa Barbara and then up into the mountains through Ojai to Pine Mountain Club to visit a close friend and client, Pam McCain.  On Thursday we will be heading straight to Carlsbad where we will be house sitting for 2.5 weeks for a good friend of mine from Spokane, Janet White, who is now living in Carlsbad after getting married.  Mike also has a 95 yr old uncle and 2 cousins who live there so we'll be able to really make the most of this "down" time, which we're really looking forward to.

It's now almost tomorrow, so until later......
Posted by Tricia Lyman at 1:53 AM
Email ThisBlogThis!Share to TwitterShare to FacebookShare to Pinterest